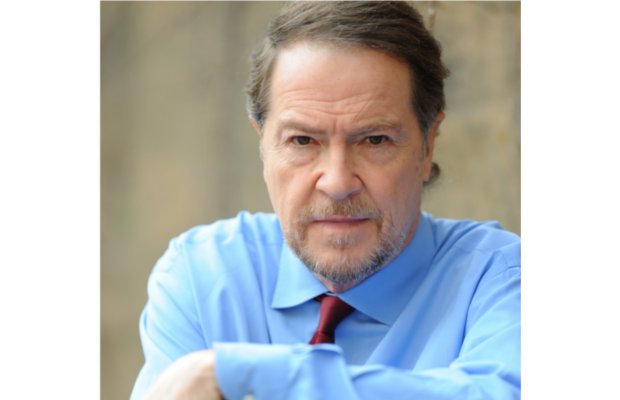 "Jesus! Where will it end? How low do you have to stoop in this country to be President? … We've come to a point where every four years this national fever rises up — this hunger for the Saviour, the White Knight, the Man on Horseback — and whoever wins becomes so immensely powerful … that when you vote for President today you're talking about giving a man dictatorial power for four years… The whole framework of the presidency is getting out of hand. It's come to the point where you almost can't run unless you can cause people to salivate and whip each other with big sticks. You almost have to be a rock star to get the kind of fever you need to survive in American politics." —Hunter S. Thompson, gonzo journalist

Here's the question I pose to you: has Donald Trump been a blessing or a curse to the architects of the American police state?

One thing is for sure: a year into his presidency, Trump hasn't done much to improve the lot of the American people.

The predators of the police state are still wreaking havoc on our freedoms, our communities, and our lives. The government still doesn't listen to the citizenry, it still refuses to abide by the Constitution, which is our rule of law, and it still treats the citizenry as a source of funding and little else. Police officers are still shooting unarmed citizens and their household pets. Government agents—including local police—are still being armed to the teeth and encouraged to act like soldiers on a battlefield. Bloated government agencies are still fleecing taxpayers. Government technicians are still spying on our emails and phone calls. Government contractors are still making a killing by waging endless wars abroad.

In other words, the American police state is still alive and well and flourishing.

Rather than draining the corrupt swamps of Washington, as he repeatedly promised, Trump and his brand of reality TV politics have merely redirected our attention.

Trust me, the swamps are still stagnant with corruption.

Indeed, we are still the unwitting victims of a system so corrupt that those who stand up for the rule of law and aspire to transparency in government are in the minority. This corruption is so vast it spans all branches of government—from the power-hungry agencies under the executive branch and the corporate puppets within the legislative branch to a judiciary that is, more often than not, elitist and biased towards government entities and corporations.

We are still ruled by an elite class of individuals who are completely out of touch with the travails of the average American.

We are still viewed as relatively expendable in the eyes of government: faceless numbers of individuals who serve one purpose, which is to keep the government machine running through our labor and our tax dollars. Those in power aren't losing any sleep over the indignities we are being made to suffer or the possible risks to our health. All they seem to care about are power and control.

We are still being made to suffer countless abuses at the government's hands.

We still have little protection against standing armies (domestic and military), invasive surveillance, marauding SWAT teams, an overwhelming government arsenal of assault vehicles and firepower, and a barrage of laws that criminalize everything from vegetable gardens to lemonade stands.

In the name of national security, we're still being subjected to government agencies such as the NSA, FBI and others listening in on our phone calls, reading our mail, monitoring our emails, and carrying out warrantless "black bag" searches of our homes. Adding to the abuse, we still have to deal with surveillance cameras mounted on street corners and in traffic lights, weather satellites co-opted for use as spy cameras from space, and thermal sensory imaging devices that can detect heat and movement through the walls of our homes. That doesn't even begin to touch on the many ways in which our Fourth Amendment rights are still being trampled upon by militarized police and SWAT teams empowered to act as laws unto themselves.

In other words, despite Trump (or because of him), freedom—or what's left of it—is still being threatened from every direction.

Trump has done nothing to wrest control of the government from the Deep State, that shadowy elite group of powerbrokers and corporations who call the shots in Washington.

Trump has done nothing to prevent the government from continuing to plunder and steal from the American taxpayer. In fact, his administration has paved the way for even more theft in the form of civil asset forfeiture.

Trump has failed to end the government's endless wars. To the contrary, he has fallen in line with the military industrial complex.

Most of all, Trump has proven to be as deaf, dumb and blind as every president before him when it comes to the plight of the citizenry.

The new boss really is just the same as the old boss.