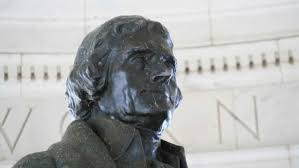 Though typical Democrats and Republicans do not have this leftist hate for our nation, they have been willing accomplices in undermining the most basic value the Founding Fathers sought to promote — limited government. Leftists have had their greatest successes in undermining American values on the nation's college campuses. Derelict and dishonest college administrators, professors and boards of trustees have given them carte blanche. Let's look at some of it.

Students at the University of Virginia desecrated the statue of Thomas Jefferson, the university's founder. Students at the University of Missouri want Jefferson's statue gone. Why? He was a slave owner. Many in the college community supported Sen. Bernie Sanders' presidential bid. They welcomed Sanders' belief that the United States was founded on "racist principles." There have also been calls for the removal of George Washington's and Abraham Lincoln's statues. Some have called for the renaming of schools that honor Washington, Jefferson and 11 other slave-owning presidents. Leftists have called for the renaming of streets named after slave-owning presidents. There have been many leftist calls for the elimination of Columbus Day. Their success at getting Confederate statues taken down has emboldened them.

What goes unappreciated is just why America's leftists' movement attacks the Founders. If they can delegitimize the Founders themselves, it goes a long way toward their agenda of delegitimizing the founding principles of our nation. If the leftists can convince the nation that men such as George Washington, Thomas Jefferson and James Madison were good-for-nothing slave-owning racists, then their ideas can be more easily trashed. We find the greatest assaults on our founding documents on the nation's college campuses.