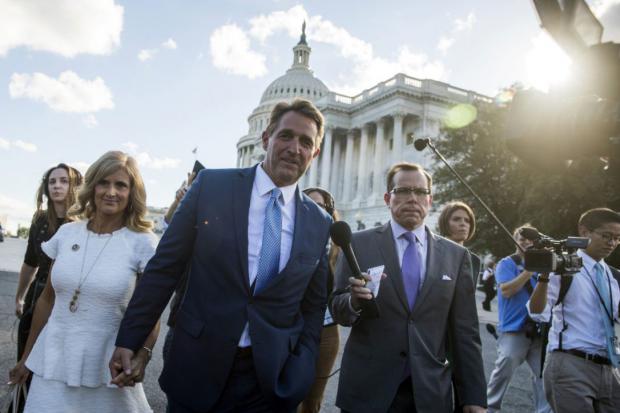 Flake, who had no problem voting for the Iraq war, the PATRIOT act and amnesty for illegals, delivered a self-righteous sermon attacking Trumpism and praising the forces of globalism.

It was basically George Bush's speech from last week, but delivered as though we were in the 1960's and the country was not a bunch of warring, fractured groups on the precipice of a second civil war.

"It is clear at this moment that a traditional conservative who believes in limited government and free markets, who is devoted to free trade, and who is pro-immigration, has a narrower and narrower path to nomination in the Republican party – the party that for so long has defined itself by belief in those things. It is also clear to me for the moment we have given in or given up on those core principles in favor of the more viscerally satisfying anger and resentment. To be clear, the anger and resentment that the people feel at the royal mess we have created are justified. But anger and resentment are not a governing philosophy."

In case you're wondering, he ignored the fact his open borders policies actually did turn the Republicans party into a minority party.