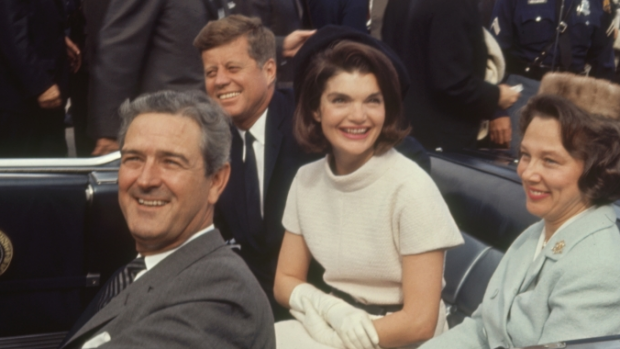 COLONIAL KINGSTON, NY, 23 October 2017— As President Donald Trump prepares to release the John F. Kennedy assassination files, global trend forecaster Gerald Celente reveals the inside story told to him by Governor John Connally, who was seriously wounded when he took a bullet in the back sitting in front of Kennedy.

Celente was invited to meet Connnally in Dallas, Texas, in 1992, because Connally wanted to know how, three years earlier, in his book Trend Tracking, Celente not only forecast the rise of a third party, but identified Ross Perot as the ideal maverick candidate.

Parked in front of the Texas School Book Depository where Lee Harvey Oswald allegedly fired the shots, Connally and his wife, Nellie, who returned to scene for the first time since the 22 November 1963 assassination, relived the horrors and ensuing chaos of that gruesome tragedy.