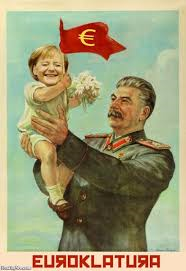 ?When employees of social media companies are appointed as the state's private thought police and given the power to shape the form of current political and cultural discourse by deciding who shall be allowed to speak and what to say, and who shall be shut down, free speech becomes nothing more than a fairy tale. Or is that perhaps the point?

A new German law introducing state censorship on social media platforms came into effect on October 1, 2017. The new law requires social media platforms, such as Facebook, Twitter, and YouTube, to censor their users on behalf of the German state. Social media companies are obliged to delete or block any online "criminal offenses" such as libel, slander, defamation or incitement, within 24 hours of receipt of a user complaint -- regardless of whether or the content is accurate or not. Social media companies receive seven days for more complicated cases. If they fail to do so, the German government can fine them up to 50 million euros for failing to comply with the law.