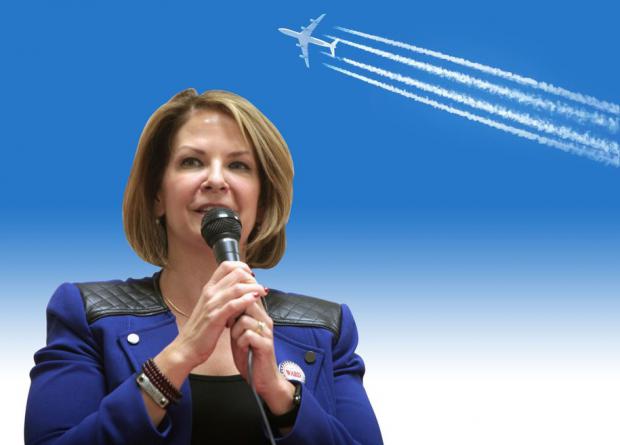 Stockton and Lawrence say they were responsible for managing Ward's current U.S. Senate campaign from May 2017 until September 2017. They identify themselves as prominent grassroots activists. Both are also former Breitbart reporters.

"After running her campaign, we've realized that our successful efforts to legitimize her campaign was a mistake," Lawrence said in a Tuesday press release.

The two newly-former campaign aides say they were responsible for transforming Ward from a fringe candidate into a bona fide contender flush with donor cash and volunteer support.

Financier Robert Mercer and his wife Diana donated $300,000 to a super PAC supporting Ward while Stockton and Lawrence were the campaign's stewards.

Breitbart, the populist conservative website run by Steve Bannon, published friendly articles supporting Ward in her 2016 primary run against Sen. John McCain. Breitbart has also been supportive of Ward in her bid against Flake..

"Her campaign was such a disaster that we saw an opportunity to prove how much we can help struggling campaigns and we did just that," Stockton, the former Breitbart writer, said. "Unfortunately, she showed that she isn't up to the task of standing up to the pressure that causes so many candidates to betray voters when they get to Washington."

Stockton and Lawrence say they gravitated to Ward in the hope that she would be a "good limited government advocate."

"We got to know Kelli when we were at Breitbart," Stockton told The Daily Caller on Wednesday. "We told her to go with an 'America first' message."