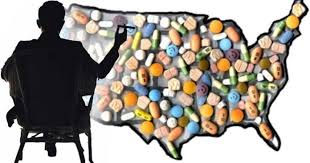 (Natural News) The families of U.S. troops who have been killed or injured while fighting overseas in Iraq have filed a lawsuit against multiple U.S. and European pharmaceutical and medical supply companies after accusing the corporations of knowingly financing the Mahdi Army, an anti-American militia, through a series of bribes and kickbacks.

The lawsuit, which was filed against some of the biggest and most well-known names in the industry – including GE Healthcare, Johnson & Johnson, Pfizer, AstraZeneca and Roche Holdings – claims that the corporations sent financial aid to Iraq's Ministry of Health through their local agents. Allegedly, these funds were then used by officials at the ministry to assist the militia as they carried out attacks against U.S. troops in Iraq.

Needless to say, if the accusations made in the lawsuit really are true, then it would be one of the most egregious acts ever committed by pharmaceutical companies to date, and would even border on treason.

The money was sent in the form of "commissions" or "free goods," and at times amounted to as much as 20 percent of the total value of a contract with ministry officials. In addition, the lawsuit alleges that the defendants included specific language in their contracts that promised Iraq's Ministry of Health after-sales support and other services related to the product that was sold to them.

"In reality, such services were illusory and functioned merely to create a slush fund the local agents could use to pass on 'commissions to corrupt (ministry) officials,'" the lawsuit states.

While the lawsuit claims that the money that was sent from these pharmaceutical companies to Iraq's Ministry of Health violated the U.S. anti-terrorism act, Pfizer released a statement explaining that the company "categorically denies any wrongdoing." In addition, GE said that they were "thoroughly reviewing the allegations," and a spokeswoman for Roche declined to comment because the company had yet to be officially served with the lawsuit. AstraZeneca and Johnson & Johnson also refused to comment on the matter.

"Defendants did not intend for the 'free goods' provided to Kadima (health ministry's pharmaceutical importing agency) to serve any legitimate charitable or medicinal purpose," the lawsuit alleges. "It was widely understood in Iraq that MOH (Ministry of Health) operated more like a terrorist organization than a legitimate health entity, and no rational company would have viewed MOH as a suitable object for charity."

Back in 2007, the global intelligence company Stratfor reported that U.S. led forces in Iraq had arrested the deputy health minister after he was accused of "selling health services and equipment in return for millions of dollars that he later funneled to Shiite militias."

Unfortunately, this is hardly the first time that global brands have engaged in backdoor deals and shady transactions in exchange for special privileges from and relationships with politicians and lawmakers. In August, for example, Lee Jae-yong of Samsung was sentenced to five years in prison after it was revealed that he had paid almost $8 million in bribes to win over the support of South Korean President Park Geun-hye in the midst of ongoing corporate negotiations. In 2012, Walmart was accused of sending millions of dollars to the Mexican government in hopes of speeding up construction of their stores there, an issue that the company is still dealing with to this day.