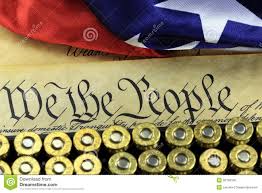 You'd better read this if you want to keep your phony-baloney job.

The Second Amendment to the United States Constitution ordains unmistakably that the individual right to own and carry weapons shall not be abrogated in any way, or sneaked up on, even a little bit at a time.

Understand that I carry no particular brief for so-called "bump-stocks", which that pathetic moron in Las Vegas appears to have used to murder several dozen people; I've simply never been interested in them (although now, of course, you've stimulated ny curiosity). But I do know many others who are, and I will not see their rights trampled, no matter what you cowardly surrender-monkeys in the National Rifle Association, the Republican Party, or your politically-correct groupies, like "One-square Sheryl Crow", femspreading grotesquely in the last photograph I saw of her, or Hillary "I Coulda Been A Contendah" Clinton have to say about it.