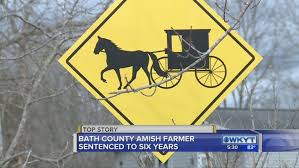 (Natural News) A petition at Change.org is calling on the Trump administration to free an Amish farmer from Kentucky who was imprisoned for six years after being "harassed" by the Food and Drug Administration over the mislabeling of an all-natural salve.

According to published reports the farmer, Samuel Girod, and his family have been selling herbal, natural salves out of their home for more than 20 years. But in 2001, an agent from the FDA told him that his product labels were making misleading and unauthorized medical claims regarding certain healing conditions.

At that time, reports the Kentucky Free Press, the labels said that the salves were "good for all skin conditions," including "skin cancer, cuts, burns, draws, and poison ivy." Girod proceeded to change his labeling and in particular removing any references to skin cancer.

Afterward, Girod did not hear from the federal government for years until someone contacted the FDA in 2012 and reported that a store in Missouri was selling the salves made by Girod and his family and that medical claims were being made about the all-natural mixtures.

But in fact, the so-called "medical claims" weren't real; the anonymous caller to the FDA failed to mention that the claims were, in fact, customer testimonials that were contained in a brochure that accompanies Girod's products. The reality is, the testimonials were no different then when someone writes approvingly of a product sold on Amazon or Jet.

However, since Girod reprinted those testimonials in a brochure that accompanied his products, the FDA classified them as "medical claims" made by the manufacturer, which then, of course, put the salve under FDA regulatory jurisdiction.

And poof — just like that — Sam Girod became a criminal.

In addition to asserting that testimonials amounted to the same thing as a manufacturer's medical claims, the agency said it had found a Missouri customer who said they'd been harmed by the Amish farmer's bloodroot salve. So, based on that claim of harm and the printed brochures, the FDA filed a complaint against Girod and forced him to appear in federal court.

During the legal action, the FDA sent some of its agents to Girod's home and demanded to search it — reportedly without a warrant. But in an effort to appear cooperative, Girod said he would agree to the warrantless search on one condition: That no photographs be taken, since the Amish community in which he lived had religious objections to being photographed. The Kentucky Free Press reported that agents agreed to that condition and began their search.

Soon, however, once engaged some took out cameras and began to take pictures of everything, claiming it was evidence — actions that did not sit well with Girod's Amish neighbors.

It gets better. Or worse, depending on your point of view. (Related: Medical police state: Cops arrest NURSE for refusing to break the law and violate medical consent)

As the court case in Missouri proceeded, the Girods discovered that the alleged injured party was never identified. Furthermore, it was revealed that the bloodroot salve that caused the alleged harm in the first place was not a product made by the family — it was someone else's product.

Nevertheless, the judge issued an injunction on Girod's products with three stipulations:

— Nothing further could be sold until all medical claims were removed, a reference to the brochure that accompanied the products;