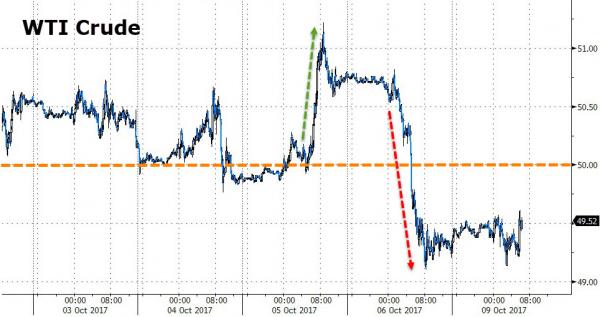 The first you may have noticed – oil prices moved back up briefly.

As for the second, most so-called "experts" seemed to have missed.

See, the environment we're seeing in energy markets is very different from what we saw only a week ago, when oil prices were also rising.

Because last week also saw – for the first time in world history – a reigning Saudi Arabian monarch in Moscow for talks with Russia's head of state.

Historically, Russia has been much closer to Iran – Saudi Arabia's main regional enemy.

Now, King Salman and President Putin are expected to endorse the plan to extend the OPEC-Russia deal to cut oil production and boost prices beyond the current end date of March 2018.

But that's not all they're going to talk about…