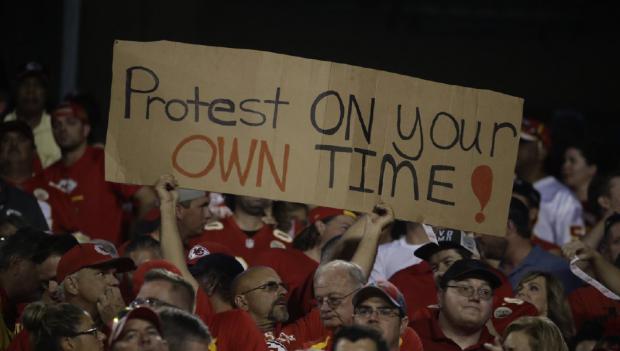 From the end of August to the end of September, the favorable ratings for the NFL have dropped from 57 percent to 44 percent, and it has the highest unfavorable rating – 40 percent – of any big sport, according to the Winston Group survey provided exclusively to Secrets.

Worse for football, which was already seeing lower TV ratings and empty stadium seats, the month of protests and complaints about them from President Trump drove core fans, men 34-54, away, the most significant indicator that NFL brass aren't in touch with their base.