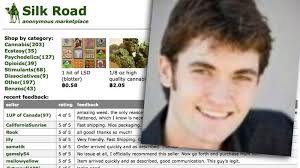 Officials recently transferred alleged Silk Road founder Ross Ulbricht to a maximum security prison in Florence, Colorado. The prison houses some of the most violent offenders. This news surfaced after a court denied his recent appeal.  He is now in the process of petitioning the appeal with the Supreme Court. The courts locked Ulbricht in a cage four years ago yesterday. He is serving a double life sentence.

Ross's mother, Lyn Ulbricht, talked about the unfolding situation in a recent article. She said, "Today marks four years that Ross Ulbricht has been incarcerated. He was recently moved from New York to USP-high Florence, Colorado, a maximum-security prison where the Bureau of Prisons puts its most violent offenders. This is not because Ross is violent, but because of his excessive sentence of double life plus 40 years, without parole." Ross Has No History of Violence

Ulbricht being moved to the Colorado facility concerns the family. The court sentenced him for a nonviolent crime, yet Judge Katherine Forrest believed he was a dangerous and violent criminal. According to Lyn Ulbricht, people wrote the judge 100 letters vouching for Ulbricht's peaceful nature. It did not matter. Ulbricht's mother elaorated:

Ross' designation score, which the BOP uses to place people, is a 12. Even including the charges, that score is so low that it places Ross in a low security prison with non-violent people. He scores one point up from a camp – which has no fences. But because of the sentence issued by Judge Katherine Forrest he is in a USP with violent gangs.

Minneapolis man, 29, who opened fire on cops after they shot him with a rubber bullet...

Accused Capitol rioters have raised more than $2M for their legal funds...