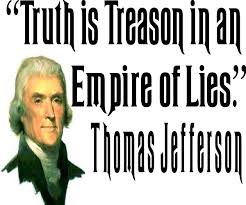 In return for power, positions, and pelf, the "intellectuals" work diligently to persuade "the majority" that "their government is good, wise and, at least, inevitable."  This is the "the vital stock task of the intellectuals."  The "molding of opinion" is what "the State most desperately needs" if it is to maintain is powers, wrote Rothbard.  The citizens themselves do not invent theories of the benevolent state; that is the job of the "intellectuals."

In his outstanding new book, How Alexander Hamilton Screwed Up America (foreword by Ron Paul), historian Brion McClanahan explains with sterling scholarship how one "intellectual" in particular, Alexander Hamilton, invented out of whole cloth a mythical founding of the American state that bears no resemblance at all to the actual, historical founding.  His intellectual successors, most notably Supreme Court justices John Marshall, Joseph Story, and Hugo Black, cemented this myth of the benevolent, consolidated, monopolistic state through decades of legal opinions based on a mountain of lies.