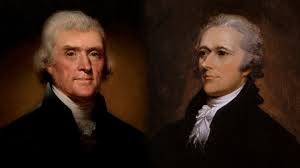 "A thinking American must choose between Hamilton and Jefferson, whose contrary visions of the future were contested in the first days of the Constitution. If you are happy with big government, big banks, big business, big military, and judicial dictatorship, then you have Hamilton to thank. His legacy of nationalism, centralization, crony capitalism and military adventurism is all around us. If you prefer the Jeffersonian version of an American regime (or even if you don?t) McClanahan's new book is for you. This is not simply a polemic. McClanahan, who is proving to be one of the ablest truly relevant historians of our time, has given us a definitive, deeply-researched chapter and verse and long perspective of who this bad man was and how he is the fountain of our current discontents." -CLYDE WILSON, professor of history, emeritus, University of South Carolina.

Brion McClanahan is that rarity: a historian who tells the truth. Read his expos of the bird on the ten-dollar bill. Not only will you learn a lot the establishment doesn't want you to know, you'll have fun doing it." -LEW ROCKWELL, founder and chairman of the Ludwig von Mises Institute.

What Happened in 1971? Edward Snowden and Jack Dorsey Want to Know (Publisher Recommended)