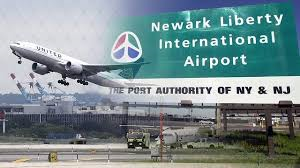 Federal prosecutors say the officers were arrested Wednesday and were due to make their initial court appearances later in the day.

All three officers are charged with forcibly assaulting, impeding, intimidating and interfering with the two victims. It's not known if they've retained lawyers.

Officials have said senior officers would allegedly take newer officers into a secure room, throw them on a table and grind against their genital areas.

Officers who have reported being hazing victims say the abuse happened for years. The allegations surfaced after an investigation by WNBC in New York.

According to a federal complaint, the defendants were assigned to the Passenger Enforcement Rover Team, a unit responsible for identifying passengers who might be carrying contraband or associated with terrorist activities.