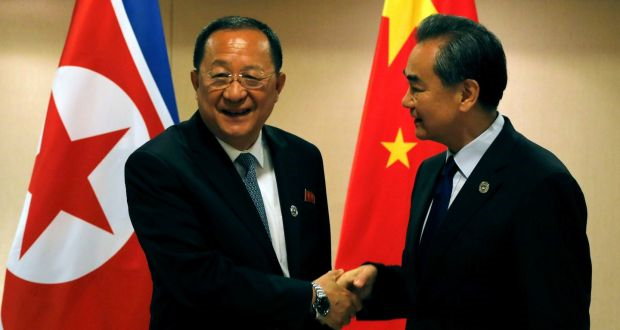 Throughout the week, South Korean officials warned the North could launch another intercontinental ballistic missile, in defiance of U.N. sanctions and to further provoke the US. As Reuters reports, Pyongyang marks its founding anniversary each year with a big display of pageantry and military hardware. Last year, North Korea conducted its fifth nuclear test on the Sept. 9 anniversary.

Ultimately, September 9 came and went, and North Korea did nothing, perhaps signalling its eagerness to de-escalate. Or perhaps not, and Kim is simply looking to surprise his adversaries with the ICBM launch date. Experts have said the rogue, isolated regime is close to its goal of developing a powerful nuclear weapon capable of reaching the United States, something Trump has vowed to prevent.

Celebrating its founding anniversary, a front-page editorial of the Saturday edition of North Korea's official Rodong Sinmun said the country should make "more high-tech Juche weapons to continuously bring about big historical events such as a miraculous victory of July 28.". The July date refers to the intercontinental ballistic missile test (Juche is North Korea's homegrown ideology of self-reliance that is a mix of Marxism and extreme nationalism preached by state founder Kim Il Sung, the current leader's grandfather).