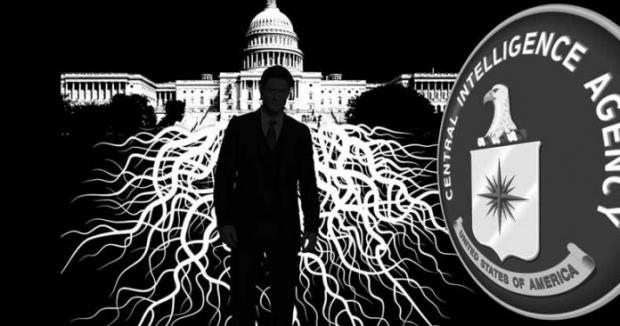 Bilderberg has gained a reputation as the world's most secretive group of billionaires and political leaders who conspire to impact global events—but reports indicate that they don't hold a candle to another group that includes a host of war criminals responsible for the "War on Terror."

The group is named Le Cercle. In a report dated Sept. 13, 1982, the German publication Der Spiegel describes it as a "legal cartel" made up of "loyal Bundesnachrichtendienst agents, foreign intelligence agents, reactionary politicians and ultra-right journalists" who played a crucial role in the 1980 election.

The existence of the group was revealed by Bavarian constitutional protector Hans Langemann. According to the report, he described the group as:

"In the case of CERCLE, which is clearly defamatory," as far as my earlier knowledge of the BND "and my present knowledge are concerned, a "loose" "concentration "about two times a year and at various" places of conservative- anti-Communist politician," "publicists, bankers, and VIPs of other professions," "which originated in the former French Prime Minister Antoine PINAY, and the circle to which guests are invited continues to this day."

In a report from The Independent dated June 28, 1997, the "exclusive think-tank said to be funded by the CIA" is mentioned because its chairman at the time, former Member of Parliament Jonathan Aitken, was reportedly going to be removed over a libel trial that ultimately sent him to prison for perjury.

Accusations that Le Cercle receives funding from the CIA have been made by Robin Ramsay, editor of Lobster Magazine; and by John E Lewis, author of "The Mammoth Book of Cover-Ups."