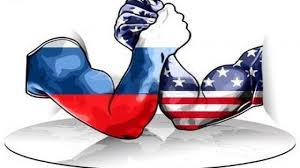 The U.S. issued its order Thursday and gave Russia 48 hours to comply, intensifying tensions between the two countries.

President Donald Trump's administration described its action as retaliation for the Kremlin's "unwarranted and detrimental" demand earlier this month that the U.S. cut its diplomatic staff in Russia.

"The United States is prepared to take further action as necessary and as warranted," U.S. State Department spokeswoman Heather Nauert said. Still, she said that Washington hoped both countries could now move toward "improved relations" and "increased cooperation."

Russian Foreign Minister Sergey Lavrov said Friday that Moscow will reply with firmness, but still must decide on the precise response.

"We will have a tough response to the things that come totally out of the blue to hurt us and are driven solely by the desire to spoil our relations with the United States," he said in a televised meeting with students at Russia's top diplomacy school.