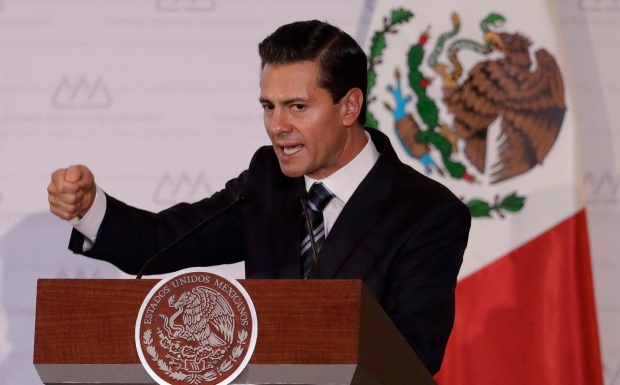 .... the US president managed to sneak in a few threats to his North American neighbors, reiterating what he has periodically said, most recently last week, that the U.S. may cancel the North American Free Trade Agreement.

Trump also said that "with Mexico being one of the highest crime Nations in the world, we must have THE WALL. Mexico will pay for it through reimbursement/other."

And while Mexico again repeated that it would in no way, shape or form pay of the wall...

MEXICO FOREIGN MINISTRY SAYS MEXICO WILL NOT PAY FOR U.S. BORDER WALL 'IN ANY WAY OR UNDER ANY CIRCUMSTANCE'

... the market's initial reaction has not been kind to the Mexican currency, and in early Sunday trading USD/MXN spiked in reaction to Trump threatening Twitter comments, rising as much as 0.8% to 17.7504 before settling around 17.667 as once again the fate of NAFTA appears to be in jeopardy based on nothing more than one angry Trump tweet.