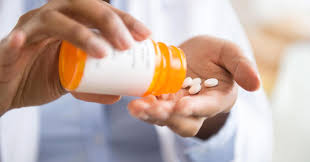 Each day, the U.S. Centers for Disease Control and Prevention (CDC) notes, 91 Americans die from an opioid overdose, and the numbers keep rising, nearly quadrupling since 2015.1 Knowing that these drugs carry the serious risk of addiction, abuse and overdose, they should be prescribed sparingly and only for the most severe cases of pain, for which no other options are available.

Instead, they are often prescribed widely to treat milder cases of chronic pain, such as that from osteoarthritis or back pain. "In the past decade, while the death rates for the top leading causes of death such as heart disease and cancer have decreased substantially, the death rate associated with opioid pain medication has increased markedly," the CDC noted. "Sales of opioid pain medication have increased in parallel with opioid-related overdose deaths."

It's shocking that, in the midst of this epidemic of opioid overdose deaths, the pharmaceutical industry would still be making payments to physicians to prescribe more opioid products, but this is precisely what's occurring, according to a study published in the American Journal of Public Health.2