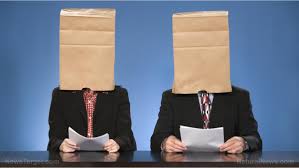 (Natural News) Yahoo News has shamelessly joined CNN in support of a violent Left-wing group called "Antifa." According to Yahoo reporter Caitlin Dickson, Antifa is a "secretive movement of combative leftists" who "seek to destroy" "authoritarian movements" with "direct action."

Her description of Antifa almost sounds like a recruitment advertisement to entice angrty Leftists to join a noble cause. The article included a photo that featured a band of smiling social justice warriors, fists raised, ready to take on the evils of "white supremacy."

The Antifa recruiting ad, published by Yahoo, is either naive or planned. In either event, many good people are being fooled into supporting a domestic terrorist organization that is funded by anti-American globalist and instigator of violence, George Soros.

The bought-off media won't dare criticize this growing terrorist organization. Instead, they praise this group and glamorize their violent ways, showing exactly where their alliances lie. As certain media outlets turn a blind eye toward this organization's thuggish censorship tactics, they are complicit in eroding the rule of law in America.

Antifa are the "protesters" who violently took to the streets, looted, and damaged property during the "Black Lives Matter" protest. They are the group that seeks to remove Confederate flags and statues from public grounds. They are the ones who started fights at Trump campaign rallies, while George Soros' allies in the bought-off media blamed Trump and his supporters for "racism" and violence. (Related: Find out what else George Soros is up to at Soros.news)

Soros's terrorist organization, Antifa, are the ones who led the takeover of the UC Berkeley campus, in an attempt to stop Milo Yiannopoulos from speaking. If you say or believe something different than Antifa, they may break into the restaurant and threaten your meeting with clubs. With them, there is no civil discourse, no democratic debate. They use force to dictate their ideas and they have no respect for property or the rule of law.

The bought off media calls them "protesters" but they are nothing but disrespectful thugs motivated by radical Leftist ideals that will only lead to communism or mob rule. Yahoo and CNN are helping to grow this terrorist organization. The organization makes angry Leftists feel like they are fighting the evils of "fascism." Anyone who disagrees with them is quickly labeled "racist" "intolerant," or "alt-right."

Antifa gives a voice to a new generation of people who want to force their ideas on others. Antifa is giving  desperate people a feeling of belonging and purpose, with something to fight against. Antifa is a form of anti-patriotism that seeks to destroy America's monuments, heritage, history and diversity. The group schemes to shut down speakers and writers who support President Donald Trump, capitalism, conservative principles, or other beliefs they oppose. Antifa will violently attack any group or speaker they feel is a threat, even the elderly.

Google, Facebook and YouTube are infiltrated with Antifa's ideas and forceful beliefs. These Internet gatekeepers are currently silencing conservative, libertarian and health freedom advocates by demonetizing their accounts, blocking their social media links, or delisting articles in search engines.

As violence broke out in Charlottesville, Virginia, the media did everything in their power to pin the blame on white Nationalist groups and Donald Trump and his supporters. Many of the protesters there were simply trying to protect Civil War statues from these Antifa terrorists.

People were being played left and right in Charlottesville; even the so-called leader of the "Unite the Right" movement there was exposed as a member of the far-Left Occupy movement and a supporter of former President Obama.

YourNewsWire reports that the first person "on the scene" and interviewed by MSNBC (Brennan Gilmore) had worked as a state department foreign officer under Hillary Clinton and currently works for Chief of Staff for Tom Perrielo, who has received $380k from Soros to run as Virginia governor.

Being Totally "Disappeared" by Google