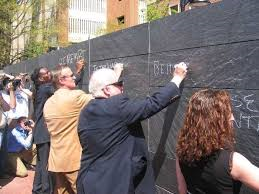 As expected, counter-protests are being planned, although local police in most areas are planning to take measures to keep the adversarial groups apart to avoid violence.

I'm sure this strategy will be criticized because it will give White Supremacists, Neo-Nazis and others of their ilk a safe space to "spew hate." That's right; it will. And that's precisely why it's the right strategy, for a number of reasons. It should have been employed in Charlottesville. Everyone involved would have been both freer and safer.

The ACLU Is Right on This

A wise man once said, "We don't have the First Amendment so we can talk about the weather. We have it so we can say very controversial things." No reasonable person believes the attorneys for the ACLU have any sympathy for what the speakers at the Unite the Right rally were going to say last weekend. But they recognized how important it was to defend their right to assemble and exercise their rights, even to say things the overwhelming majority of Americans find offensive. So, the ACLU went into federal court to get a local decision to revoke the group's permit overturned.