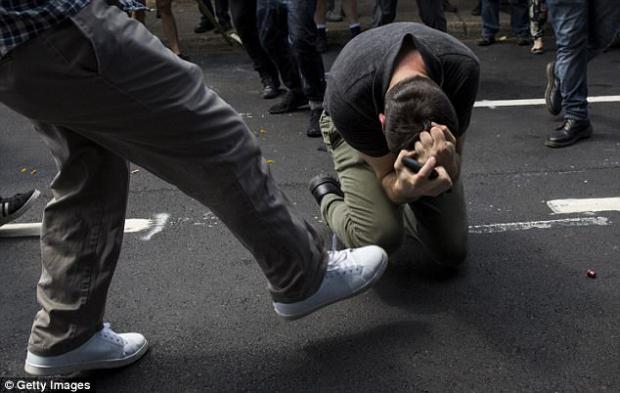 Hailed as Nazi-fighting heroes by some, or violent hooligans no better than the supremacists they oppose by others, whatever you think of antifa, the movement is rapidly on the rise.

Antifa, short for anti-fascist or Anti Fascist Action, has been around since the 1920s where it emerged as a response to the growing Nazism spreading across Europe.

Since then, they have existed mainly on the fringes, but have gathered in force over the years to oppose racist, violent fascist groups, from clashes with Nazis on the streets of Germany, Italy, and Spain in the 1930s, to taking on the skinheads of the 1980s.

Now as America's extremist right wing groups become emboldened and more vocal under President Trump, the anti-fascist movement have had a huge boost in popularity as people join the ranks of the left wing group to oppose the alt-right.