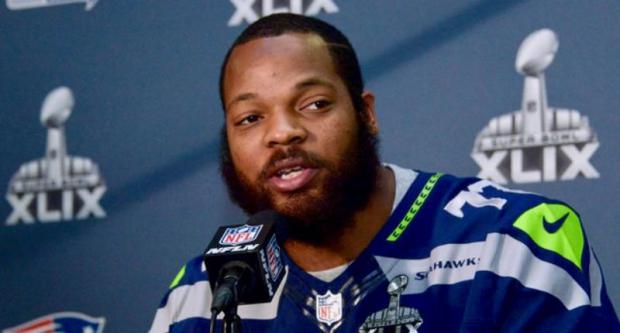 With his gesture on Sunday, the 31-year-old defensive end became the latest NFL player to use the playing of the Star Spangled Banner anthem as a protest forum.

Last season, San Francisco 49ers quarterback Colin Kaepernick grabbed the media spotlight when he refused to stand for the anthem, saying he was protesting police brutality and social inequality. Kaepernick opted out of his contract in March and has not been signed by another team.

Bennett remained on the bench with a towel over his head before Sunday's game with the Los Angeles Chargers at Southern California's StubHub Stadium, the pre-season opener for both teams. He said he would keep up the protest all season.