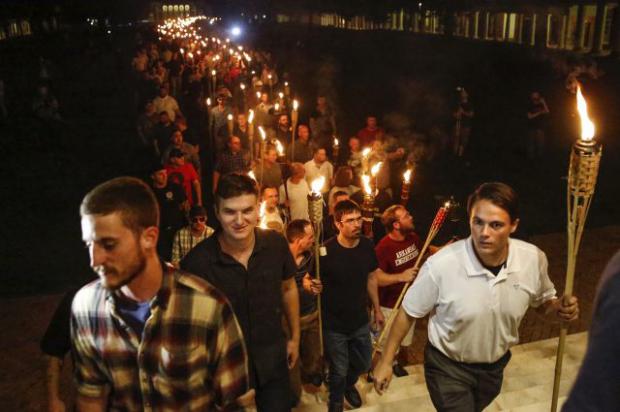 Since he was caught on camera, the University of Nevada-Reno senior has been facing condemnation and calls for his expulsion and firing from his campus job. But the university said today they are resisting those calls.

Following the "Unite the Right" rally in Virginia, Cvjetanovic spoke to multiple media outlets about the photo, which depicts him chanting and holding a lit torch as he marched across the University of Virginia campus on Friday with a group of white nationalists.

The events were organized in response to the city's planned removal of a statue of Confederate general Robert E. Lee and dissolved into violence both Friday night and Saturday.

"I understand the photo has a very negative connotation. But I hope that the people sharing the photo are willing to listen that I'm not the angry racist they see in that photo," Cvjetanovic, who is studying history and political science, told Channel 2 News in Nevada.

According to the Reno Gazette-Journal his given name is Cytanovic, but he uses the name Cvjetanovic. That's the spelling that has appeared in most news stories about him.

The White House Chief Of Staff MAY Have Just DOOMED Biden's Vaxx Mandates!