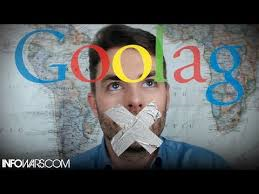 Political totalitarianism is coming to America, and it is being ushered in not by government thugs in jackboots but by progressive activists and their allies in Silicon Valley.

In a chilling oped published in The New York Times on July 14, Lisa Feldman Barrett, a professor of psychology at Northeastern University, argued that so-called "hate speech" is the same thing as physical violence because it may possibly cause emotionally fragile individuals stress — and should be made illegal.

Thankfully, the First Amendment prohibits the federal government from following such advice, but online companies are taking it upon themselves to stamp-out so-called "hate speech," strangling free speech and the free exchange of ideas in the process.

A number of troubling actions by internet companies — Google most prominent among them — are making it increasingly clear that some in Silicon Valley have proclaimed themselves defenders of the progressive, politically correct faith, and that those firms will silence any and all heretics who challenge those beliefs.

"Silicon Valley lives in a politically regressive, exclusive bubble. They are not aware of their own biases in how they talk, have a limited understanding of the philosophy behind free speech, and find it difficult empathizing with other points of view," said Aaron Ginn, co-founder of the Lincoln Network, a think tank that seeks to promote libertarian ideas in the tech industry.