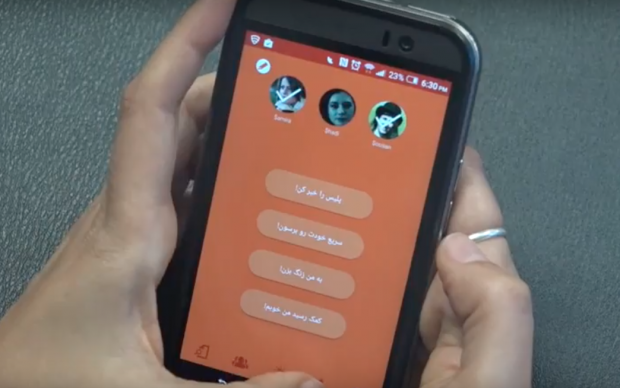 Last May, Iranians re-elected president Hassan Rouhani, a reformist leader, in hopes he will slowly edge Iran toward a more open and progressive sociopolitical culture.

In a country where 60 percent of the 80 million population is under 30 years old, the mobile-savvy, VPN-using youth in Iran have been resisting government control. Telegram, the encrypted messaging service, has become a popular form of communication for political expression, for example. But young people are also up against internet censorship, moral policing and fundamental religious clerics. Even with a relatively more liberal leader like Rouhani, Facebook and Twitter are still banned.

"Iranians are techy, they are ready."

In their quest for expanded civil rights, some Iranians are taking ideas from Silicon Valley to the streets of Tehran and channeling them into apps that fill the gaps in health, education and dialogue. Built by Iranians both at home and abroad, there is hope that these mobile solutions could work where protests and advocacy has not.