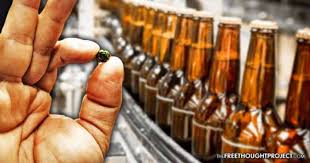 Las Vegas, NV – Ever since recreational cannabis was legalized for retail sale a few weeks ago, dispensaries have had difficulty maintaining their stock and say they will run out if the broken supply chain is not fixed.

"We didn't know the demand would be this intense," Al Fasano, co-founder of Las Vegas ReLeaf, told the Los Angeles Times. "All of a sudden you have like a thousand people at the door… We have to tell people we're limited in our products."

TFTP spoke to a dispensary owner in Nevada who explained that there is plenty of cannabis to go around. However, thanks to the alcohol distributors — who aren't distributing the cannabis — the dispensaries have no product.

With roughly 100 grow operations across the state of Nevada there is no lack of wholesale cannabis, however. The burgeoning retail pot shortage stems from state rules regarding who is allowed to transport marijuana from the growers to the retail outlets.

After recreational marijuana was overwhelmingly approved in a referendum, the state's powerful alcohol lobby – fearing that legalized weed would cut into liquor sales – forced a stipulation on the ballot measure mandating that for the first 18 months of cannabis sales, only distributors of alcohol would be allowed to transport the product from grow facilities to retail dispensaries.