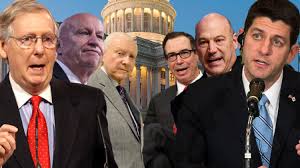 President Donald Trump and the Republican-controlled Congress have laudably made passing tax reform — real tax reform, not just shuffling money from one group to another — a top priority. Now, however, some supply-side economics skeptics are open to the possibility of taxing free speech — a constitutional right — to fill Washington's coffers.

As you read this, the "Big Six" are meeting to discuss which deductions to keep or eliminate, and Ways and Means Committee Chair Kevin Brady must quell these whispers of taxing advertising. Imposing such a levy would trample on our country's liberty and values, setting a dangerous precedent for further constitutional breaches in the foreseeable future.

As substantial "pay-fors" such as the border adjustment tax begin to fall out of the public's favor, some in Congress have begun to look at provisions from Dave Camp's 2014 tax reform proposal as a blueprint for replacement. Camp's proposal would have changed the tax treatment of advertising from a normal, 100 percent deductible business expense to one that is only 50 percent deductible, with the rest being amortized over the course of a decade.