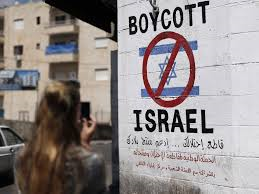 The First Amendment to the United States Constitution, adopted in 1791, states:

"Congress shall make no law respecting an establishment of religion, or prohibiting the free exercise thereof; or abridging the freedom of speech, or of the press; or the right of the people peaceably to assemble, and to petition the Government for a redress of grievances."

The criminalization of political speech and activism against Israel has become one of the gravest threats to free speech in the West:

In France, activists have been arrested and prosecuted for wearing T-shirts advocating a boycott of Israel.

The U.K. has also enacted a series of measures designed to outlaw such activism.

In the U.S., state governors have implemented regulations barring businesses from participating in any boycotts of Israeli settlements in Palestine. On college campuses, punishment of pro-Palestinian students for expressing criticisms of Israel is so commonplace that the Center for Constitutional Rights refers to it as "the Palestine Exception" to free speech.

Now there are two companion bills in Congress which will criminalize free speech by making it a felony to support any boycott of Israel, in violation of the U.S. Constitution's First Amendment that members of Congress have sworn to protect.