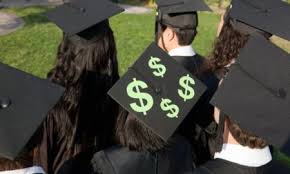 Student loan debt can choke graduates' finances for years, accruing interest to the point some wind up paying exponentially more than the original total lent — whether or not that education facilitated employment — but vanished paperwork means tens of thousands could have that debt erased.

According to a report from the New York Times, the total debt in question easily tops $5 billion and has been the locus of a dispute between frustrated students and aggressive collection tactics utilized by several creditors — and it appears the former students could walk away debt-free. Indeed, some already have — since documentation proving ownership of the loan debt is nowhere to be found. Reports the Times,

"Some of the problems playing out now in the $108 billion private student loan market are reminiscent of those that arose from the subprime mortgage crisis a decade ago, when billions of dollars in subprime mortgage loans were ruled uncollectible by courts because of missing or fake documentation. And like those troubled mortgages, private student loans — which come with higher interest rates and fewer consumer protections than federal loans — are often targeted at the most vulnerable borrowers, like those attending for-profit schools.

"At the center of the storm is one of the nation's largest owners of private student loans, the National Collegiate Student Loan Trusts. It is struggling to prove in court that it has the legal paperwork showing ownership of its loans, which were originally made by banks and then sold to investors. National Collegiate's lawyers warned in a recent legal filing, 'As news of the servicing issues and the trusts' inability to produce the documents needed to foreclose on loans spreads, the likelihood of more defaults rises.'"