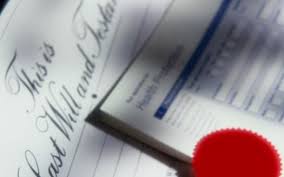 People will be able to use voicemail and text messages to make their wills, under a radical overhaul of inheritance laws proposed by the Government's legal advisors.

The Law Commission has branded the current legacy system 'outdated' and recommends it be revolutionised to keep up with the digital age.

Under present laws, which date back to 1839, wills need to be written and signed by the 'testator' as well as two witnesses in order to be valid.

The commission suggests those rules are "unclear" and "outdated".

The plans drawn up by the Commission  call for the law to be relaxed to allow notes, emails and voicemail messages to be used in place of a written will.

Under the proposals, new powers would allow county and high court judges to decide "on the balance of probabilities" whether a recording or note is an accurate summary of a person's wishes.

Deathbed changes of heart could even be recorded and used to overrule an existing, valid will.