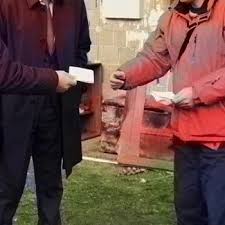 On the morning of March 23, gunmen here fired eight shots into a cherry-red Renault Duster SUV, killing newspaper reporter Miroslava Breach as she waited outside her home to drive her 14-year-old son Carlos to school.

A hand-painted sign at the scene said the journalist – known for her investigations into ties between drug gangs and local political machines – was murdered "for having a loose tongue."

After a few years of declining violence under Mexican President Enrique Peña Nieto, the drug war has come roaring back to life.

Ms. Breach was one of 11,155 people murdered in Mexico in the first five months of 2017, according to government statistics. The pace of murders – about one every 20 minutes – represents a 31% jump from a year earlier, and, by year-end, could rival 2011's 27,213 homicides for the worst body count in Mexico's peacetime history.