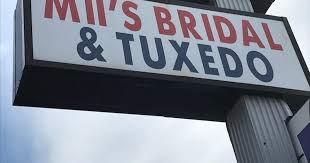 Hours later, Mii's Bridal & Tuxedo was out of business after serving customers for decades. Its entire inventory of wedding gowns and dresses as well as sewing machines and other equipment were sold at auction.

The hastily-called sale held inside the store netted the IRS about $17,000 — not enough to cover the roughly $31,400 in tax debt alleged, court records show. The balance is now likely unrecoverable.

Mii's, a small Garland business owned by an elderly immigrant couple from Thailand, was never accused in court of violating any federal laws.

The owners, Tony Thangsongcharoen, 68, and his wife, Somnuek Thangsongcharoen, 72, are fighting back. The Garland couple sued the government in federal court in Dallas in March for more than $1.8 million, alleging the IRS violated its own procedures during the tax seizure at the small storefront on Garland Road in March 2015.