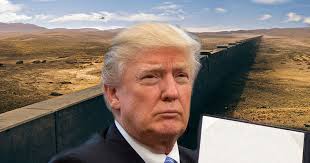 Members of the press were briefly allowed in the meeting where an AP reporter asked Trump, "Mr. Trump, do you still want Mexico to pay for the wall?"

The comments came after the two presidents had delivered statements. Trump said that, at the time of the Friday meeting, it had been a "successful day." He stated, "We're negotiating NAFTA and some other things with Mexico, and we'll see how it all turns out, but I think we've made very good progress."

Nieto, through a translator, spoke of continuing a "very flowing dialogue that will allow us, of course, for the negotiation of NAFTA." He then spoke of cooperating for the security of both nations, especially their borders. "And, of course, also working on migration issues, which is a task that both of our nations are occupied," Nieto continued. He added that both nations have a responsibility when it comes to "organized crime issues."

1 Comments in Response to Trump at G20 with Mexican President: Mexico 'Absolutely' Paying for Border Wall

But, but, but. Why give all that employment over to the Mexicans? Let us get some new jobs by building our own wall. Besides, if we build it, we will own it. Further, if the Mexicans build it, all their illegal workers in the States will leave to build the wall, and the price of Big Macs and Whoppers will go up. At least wait until we get robots in the fast food industry.