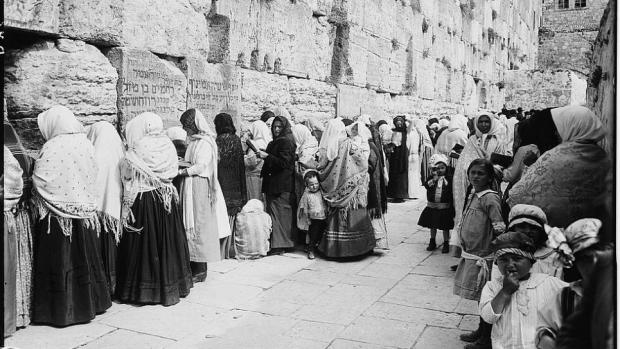 From the mid-1800s, photographs of Jews praying together at the Western Wall became common on the walls of houses across the Western world. Today, a rich collection is found in Washington's Library of Congress digital archives, in which a jumble of Sephardic and Ashkenazi Jews, men and women, are depicted in prayer at what has been considered one of Judaism's holiest sites for the past two millennia.

Mixed prayer, with men and women praying together, appears to be the norm — or at least a viable option — in these archival images, aside from High Holy Day crushes, in which women either were not in attendance, or prayed off to the side.

In fact, the idea of partitioning prayer between men and women at the Western Wall is relatively modern, and due to a variety of sociological and political constraints was only put into practice after the unification of Jerusalem following the Six Day War in 1967. However, for centuries, the wall has had central importance as an anchor of Jewish worship and culture.