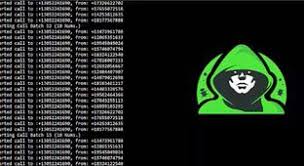 The group immediately regretted trying to scam this guy.

Technology may offer an abundance of perks, but one downside to the world-wide web is the fact that certain people can make a good living off of scamming others. Fortunately, a group of individuals posing as phony IRS agents were recently taken down after they tried to scam the wrong guy.

A programmer and Redditor who goes by the name YesItWasDataMined recently received a voicemail from a supposed IRS employee. After calling the number back, the programmer was asked to pay a massive fine for unclear reasons. At that point, he knew he was being had. The Reddit user could have ignored the scam, but because he operates an anti-scam operation, decided to do something about the phonies.

As Bored Panda reports, YesItWasDataMined wrote a script that called each of the scammers' phones 28 times per second with an automated message. This made it impossible to reach other victims, as it completely tied up their lines.

After getting back at the fake IRS agents, a 10-minute sample of the hilarious ordeal was uploaded to Project Mayhem's official YouTube channel. Already it has gained over 1 million views.

Proof that the pandemic was planned with a purpose