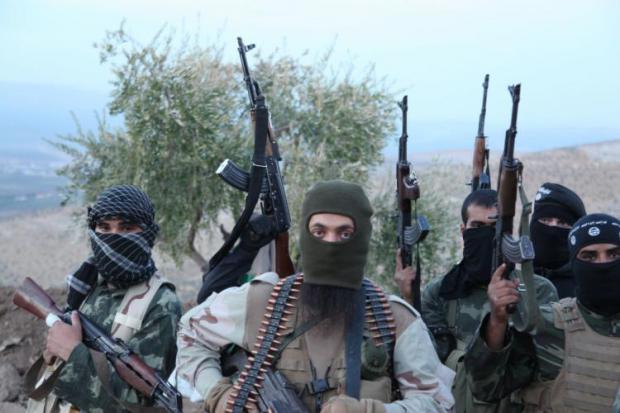 Three-term Congresswoman Tulsi Gabbard of Hawaii, a member of both the Armed Services and Foreign Affairs committees, has proposed legislation that would prohibit any U.S. assistance to terrorist organizations in Syria as well as to any organization working directly with them. Equally important, it would prohibit U.S. military sales and other forms of military cooperation with other countries that provide arms or financing to those terrorists and their collaborators.

Gabbard's "Stop Arming Terrorists Act" challenges for the first time in Congress a U.S. policy toward the conflict in the Syrian civil war that should have set off alarm bells long ago: in 2012-13 the Obama administration helped its Sunni allies Turkey, Saudi Arabia, and Qatar provide arms to Syrian and non-Syrian armed groups to force President Bashar al-Assad out of power. And in 2013 the administration began to provide arms to what the CIA judged to be "relatively moderate" anti-Assad groups—meaning they incorporated various degrees of Islamic extremism.

That policy, ostensibly aimed at helping replace the Assad regime with a more democratic alternative, has actually helped build up al Qaeda's Syrian franchise al Nusra Front into the dominant threat to Assad.

The supporters of this arms-supply policy believe it is necessary as pushback against Iranian influence in Syria. But that argument skirts the real issue raised by the policy's history.  The Obama administration's Syria policy effectively sold out the U.S. interest that was supposed to be the touchstone of the "Global War on Terrorism"—the eradication of al Qaeda and its terrorist affiliates. The United States has instead subordinated that U.S. interest in counter-terrorism to the interests of its Sunni allies. In doing so it has helped create a new terrorist threat in the heart of the Middle East.

The policy of arming military groups committed to overthrowing the government of President Bashar al-Assad began in September 2011, when President Barack Obama was pressed by his Sunni allies—Turkey, Saudi Arabia and Qatar—to supply heavy weapons to a military opposition to Assad they were determined to establish. Turkey and the Gulf regimes wanted the United States to provide anti-tank and anti-aircraft weapons to the rebels, according to a former Obama Administration official involved in Middle East issues.

Obama refused to provide arms to the opposition, but he agreed to provide covert U.S. logistical help in carrying out a campaign of military assistance to arm opposition groups. CIA involvement in the arming of anti-Assad forces began with arranging for the shipment of weapons from the stocks of the Gaddafi regime that had been stored in Benghazi. CIA-controlled firms shipped the weapons from the military port of Benghazi to two small ports in Syria using former U.S. military personnel to manage the logistics, as investigative reporter Sy Hersh detailed in 2014. The funding for the program came mainly from the Saudis.

A declassified October 2012 Defense Intelligence Agency report revealed that the shipment in late August 2012 had included 500 sniper rifles, 100 RPG (rocket propelled grenade launchers) along with 300 RPG rounds and 400 howitzers. Each arms shipment encompassed as many as ten shipping containers, it reported, each of which held about 48,000 pounds of cargo. That suggests a total payload of up to 250 tons of weapons per shipment. Even if the CIA had organized only one shipment per month, the arms shipments would have totaled 2,750 tons of arms bound ultimately for Syria from October 2011 through August 2012. More likely it was a multiple of that figure.