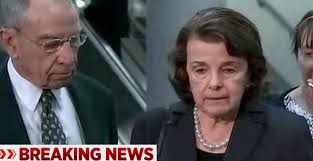 The Central Banks of Europe are ruining the bank depositor's wealth in Europe with their insistence on finance based on debt expansion. Traditional currencies have given way to two practices (1) hording cash in anticipation of a fiat currency meltdown, and, (2) the mainstream public's adoption of cryptocurrencies as a hedge against traditions fiat currency failure.

Consider the following from Zerohedge:

"Negative interest rates in Europe and fiat demonetization in developing countries are still driving demand for Bitcoin and alternative cryptocurrencies. Although Bitcoin was initially ridiculed as money for computer nerds and a conduit for illegal activity, investors are beginning to see the potential for this technology to be an integral part of wealth management from the perspective of portfolio diversification."

Released Clinton emails reveal that NATO killed Gadaffi because he was installing a gold back currency for Libya. Subsequently, the terrorism of the Central Banks knows no bounds. Consider the following from Global Research:

"Hillary's emails truly are the gifts that keep on giving. While France led the proponents of the UN Security Council Resolution that would create a no-fly zone in Libya, it claimed that its primary concern was the protection of Libyan civilians (considering the current state of affairs alone, one must rethink the authenticity of this concern). As many "conspiracy theorists" will claim, one of the real reasons to go to Libya was Gaddafi's planned gold dinar."

Death is the fate for those  who would defy the edicts of Central Bankers.

Sen. Grassley and friends (eg Feinstein) has introduced a bill which will make it illegal to store cash and cryptocurrencies without reporting the event(s) to you local bank!