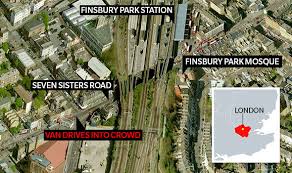 A man has been arrested on suspicion of terror offences after he drove a van into a group of worshippers close to a mosque in north London. One man, who had taken ill before the attack began, died and nine others were taken to hospital, some of whom were critically injured. A total of eleven people sustained injuries.

Police said the man who died was already being treated for an unrelated ailment and they are still investigating whether or not his death was related to the attack.

The Finsbury Park mosque attack suspect is understood to be Darren Osborne, a 47-year old living in Cardiff. The father-of-four was initially arrested for attempted murder at the scene and taken to a south London police station where he remains in custody. 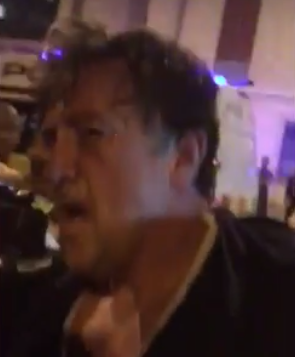 Osborne appears to have acted alone. He struck while the area was busy with worshippers attending Ramadan night prayers in north London. The terror attack happened shortly before 00:20 BST on Monday, June 19, when the vehicle mounted the pavement outside the Muslim Welfare House which is also a community centre, on Seven Sisters Road. All of the casualties were Muslims.