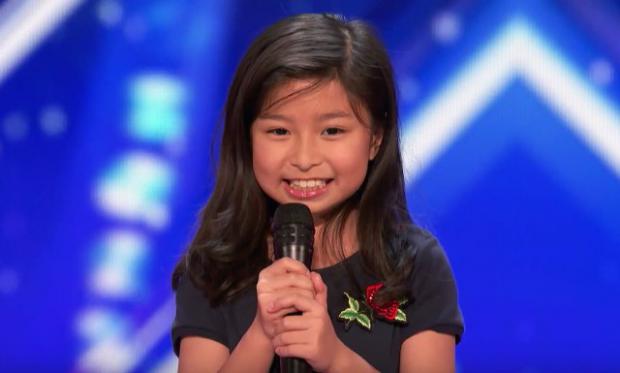 As to whether Celine will progress to the next round in the reality TV show, viewers will have to wait for a few more days for the next installment of the series.

According to Ming Pao Daily, Celine won the standing ovation of judges Simon Cowell, Heidi Klum and Mel B.

Celine, who was born in Hong Kong and goes to an international school, started receiving singing lessons from her father Steve, who is a vocal coach, at the age of three.

Steve said he was overwhelmed by the tremendous response that his daughter was getting online.

In fact, he and Celine were recruited by China 3D Entertainment chief executive Siu Ding-yat a year ago to become contract artists.

Steve remembers that he would sing for Celine when she was still in her mother's womb.

At the age of two, Celine displayed a distinct liking for songs, preferring One Direction and Justin Bieber to nursery rhymes.