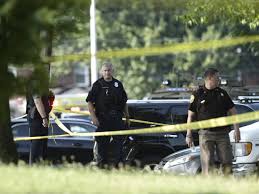 "Julius Caesar," dressed and looking on purpose like Donald Trump, is knifed to death nightly in a New York theater presentation lauded by CNN as "a masterpiece."

Tom Perez, the head of the Democratic National Committee, says "Republican leaders and President Trump don't give a sh*t about the people they were trying to hurt."

That noted political philosopher, Madonna, thinks a lot about blowing up the White House.

Words have weight. And now, a former campaign volunteer for Bernie Sanders has used violence to express his feelings. The scale on which he stepped registers the weight of guilt.

That's no reflection on Senator Sanders, who despite his vicious criticism of Trump, has kept his remarks within the bounds of decency.

There is a kind of head-shaking inevitability about the attack on Rep. Steve Scalise, his protective detail and his aides. Democrats are fully justified in being disappointed, even enraged, that Trump was elected instead of Sanders or Hillary Clinton.

Watch the latest video at video.foxnews.com