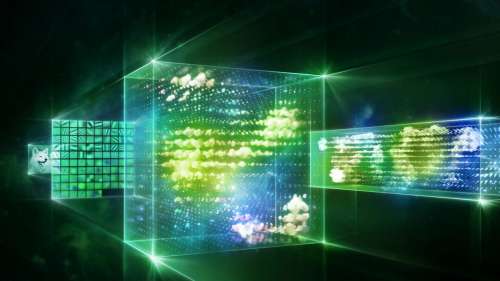 Solja?i? says that many researchers over the years have made claims about optics-based computers, but that "people dramatically over-promised, and it backfired." While many proposed uses of such photonic computers turned out not to be practical, a light-based neural-network system developed by this team "may be applicable for deep-learning for some applications," he says.

Traditional computer architectures are not very efficient when it comes to the kinds of calculations needed for certain important neural-network tasks. Such tasks typically involve repeated multiplications of matrices, which can be very computationally intensive in conventional CPU or GPU chips.

After years of research, the MIT team has come up with a way of performing these operations optically instead. "This chip, once you tune it, can carry out matrix multiplication with, in principle, zero energy, almost instantly," Solja?i? says. "We've demonstrated the crucial building blocks but not yet the full system."

By way of analogy, Solja?i? points out that even an ordinary eyeglass lens carries out a complex calculation (the so-called Fourier transform) on the light waves that pass through it. The way light beams carry out computations in the new photonic chips is far more general but has a similar underlying principle. The new approach uses multiple light beams directed in such a way that their waves interact with each other, producing interference patterns that convey the result of the intended operation. The resulting device is something the researchers call a programmable nanophotonic processor.