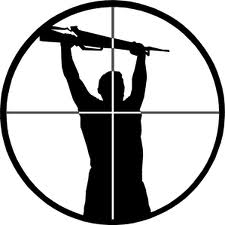 The article, entitled "Masquerading as Reporter, Assassin Hunted Putin Foes in Ukraine," details an assassination attempt by a man posing as a reporter against a couple in Ukraine, Adam Osmayev and Amina Okuyeva. The couple are leaders in Ukraine's fight against pro-Russian separatists in eastern Ukraine. Because Ms. Okuyeva was armed, she was able to foil the assassination attempt.

According to the Times, "The attack was the third high-profile killing or attempted killing in Kiev that the Ukrainian authorities have attributed to Russian security services…."

Now note this excerpt from a succeeding paragraph in the article: "The [reporter's] cover was good but not flawless, Ms. Okuyeva said in an interview, her first with a foreign news organization since the attempted murder."

Translation: An assassination carried out by Russia constitutes murder.