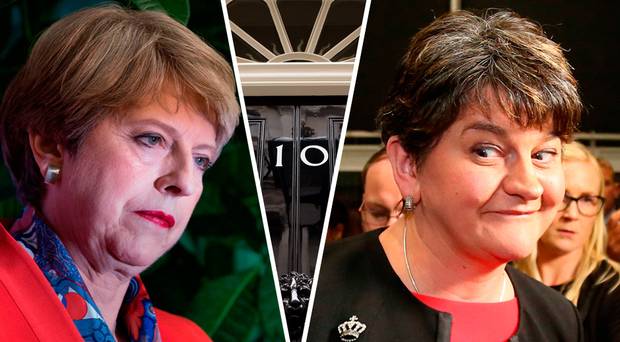 Instead of having a slim majority of 331 seats (326 required), a coalition between the Tories and DUP will give them a working majority of 329 or 328.

[DUP leader] Arlene Foster confirms she will be having talks with Theresa May about details of the arrangement with Northern Ireland party.

The Democratic Unionist leader and most recent first minister of Northern Ireland, Arlene Foster, says she wants to "bring stability to our nation" by backing Theresa May and the Conservatives to continue in power.

Foster said in Belfast on Friday afternoon that she was entering discussions with May over the details of any arrangement that would prop up a minority government.

Foster said the election in Northern Ireland, which saw 10 DUP MPs, including two new ones, elected to the Commons, was a "great result" for the union.