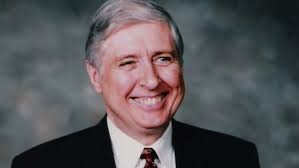 Libertarians excel at making the academic case for freedom. Why, then, are libertarian ideas perpetually dismissed?

Most people––libertarians being the exception––tend to 'buy' products, services, and especially ideologies with their heart, and use logic to justify their decision post-hoc. As Jim Camp, author of two bestselling books on negotiation argues, "[solely logical arguments are] doomed to fail…because decision-making isn't logical, it's emotional, according to the latest findings in neuroscience."

As libertarians, we need to make the emotional case for liberty, as well as the intellectual case, if we're going to take liberty mainstream.

Consumers are more likely to buy from a brand they trust than from one they do not, regardless of the quality of the product. Similarly, we need to build brand equity for liberty. One powerful way to do this is to develop strong moral character.

Some libertarians consider liberals and conservatives immoral for not believing in freedom as strongly as we do, but that moral disdain cuts both ways: many liberals openly wonder how someone can care for the poor while proposing reductions in the social safety net. If people believe that we are callous regarding the needs of the least well-off, they will not be receptive to our ideas no matter how good those ideas are.

It is important to both cultivate and showcase strong moral character. We must show that we care for others, not merely with our policy prescriptions but with our day-to-day actions.

Additionally, strong moral character brings down opponents' walls. In his landmark book How to Win Friends and Influence People, Dale Carnegie argues that one effective way to persuade people is to show respect for their ideas. This works because we are hardwired to reciprocate, and when our audiences feels respect for our ideas they become more open-minded.

It is critical to present arguments that resonate with and persuade our opponents. Unfortunately, many libertarians default to statistics and white papers as their persuasion mode of choice. While marshaling facts is important, facts alone are not enough to win our opponents to our side.

As humans, we are hardwired to listen to and remember stories. Renowned social psychologist Jonathan Haidt argues in The Righteous Mind that, "The human mind is a story processor, not a logic processor."

They Are Coming After Me

Scott's Talk to the Colorado Libertarian Party Convention, May 22, 2021