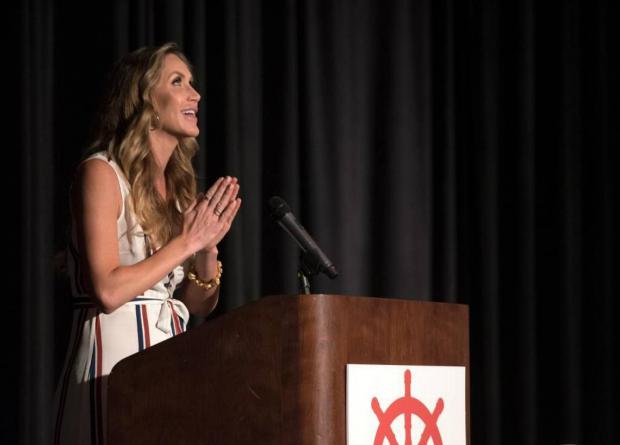 But nearly 400 miles away, his daughter-in-law was home in North Carolina, painting a rosy picture of the president's re-election prospects.

"The Trump campaign is still active and I'm proud to be part of it. We work every day alongside the RNC and we are like 'this,'" said Lara Trump, clasping her hands to demonstrate closeness with the Republican National Committee, as she addressed GOP activists in this coastal town on Saturday. "We're making sure we have an incredibly strong party, that we're geared up for 2018, that we're geared up for 2020."

No matter that in Washington, many Republicans are so deeply anxious about whether Donald Trump will damage the 2018 congressional election climate that they can't fathom talking about 2020. With the D.C.-based Trump family embroiled in crisis after crisis, Lara Trump has taken to the road and to the airwaves, seeking to keep activists engaged and reminding party officials that the grassroots still strongly supports her father-in-law, even as the donor and operative classes have mounting concerns about him.

Lara Trump is officially a senior consultant to the digital vendor for Trump's re-election, but she introduces herself simply as part of the Trump campaign. She is strategizing with the RNC about both the 2018 midterms and the 2020 re-elect, and has a hand in digital, fundraising and merchandise efforts already underway for the next presidential race.