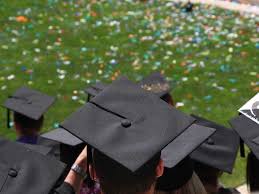 Many of them will be thrust off to university in a few short months, where, at least in the Land of the Free, they'll be loaded down with tens of thousands of dollars in student debt.

This strikes me as an incredibly cruel (and unnecessary) burden to place on a young person.

For whatever reason, modern society still highly values a university degree, even though they're ubiquitous.

In 1940, only 4.5% of the US population had a Bachelor's degree. It was truly something special.

It's not special anymore. Having a university degree is now average… no more of a professional differentiator than knowing how to type or use Microsoft Office.

(It wasn't that long ago when those were actually special skills worthy of highlighting on a resume.)

So it seems crazy to go so deeply into debt simply to stay average.