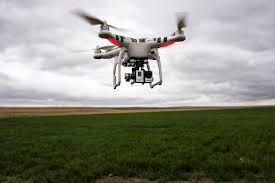 John Taylor didn't like the idea of being forced by the Federal Aviation Administration to register his drones. The requirement was "authoritarian," the Maryland attorney said, and wouldn't deter reckless fliers.

So the aviation law novice – he works in insurance – took the feds to court. And won.

A lawsuit by John Taylor, seen with one of his drones, upended a national registration system that was supposed to balance public safety and the rights of the growing legions of amateur drone pilots. Washington Post/ Katherine Frey

A federal appeals court this month struck down a 2015 FAA rule that compelled owners of drones used for recreation to register them.

Now Taylor's unexpected success has upended a system meant to balance public safety and the rights of hobbyists who have purchased millions of drones.

While he has been treated as a conquering hero by many recreational drone pilots – the editor of sUAS News wrote that Taylor "should never need to buy a beer at a model aircraft event again!" – others fear his win could be a Pyrrhic victory for the broader world of unmanned aircraft.