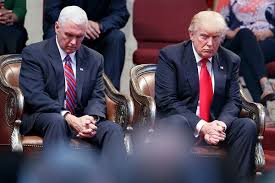 Of course the Washington Post and New York Times are in full swing to get rid of Trump. No matter what it might be, the twist is always against Trump right down to the story how Sean Spicer wanted to see the Pope because he is a devote Catholic and was denied.

CNN, of course, is also part of this conspiracy.

You will NEVER find any positive article about Trump in mainstream media. Here is CNN and we can see that 50% of the top stories are always against Trump.

We have Boehner coming out saying Trump is a disaster. This is the guy who threw people off committees if they did not vote for his agenda.

The Kushner story is desperately trying to make something out of nothing.

Here we have after Flynn's removal, Kushner suggesting setting up a direct channel for diplomatic purposes regarding Syria with the Russians. That is entirely within reason and has been done during confrontations in the past. It was not done, it was merely a suggestion.